This story dates back from 2008, when I was in Mumbai:

one afternoon I went to the PVR multiplex in Juhu to see the Hindi film Jodhaa Akbar. 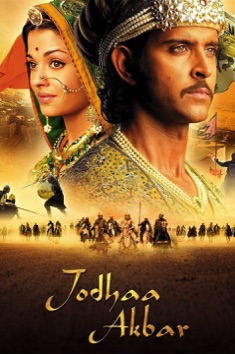 Not unimportantly, and only the day before, I had seen a stimulating demonstration of 3d, organized by technology manufacturer Quantel at the Taj Hotel at Land’s End in Mumbai.  I was fascinated by the various examples we were shown, and especially intrigued by the effect that this format has on human bodies in movement. Black & white stereo 3d imagery showed, for example, an interesting  “ Dynamic Sculptural ”  look. Indeed, I found this to be one of the most potentially stimulating aspects 3d has to offer. I also observed that atmospheric particles - dust, snow, vapor and rain etc. can contribute to making us feel much more immersed in what’s going on, especially if underlined with three dimensional sound. When shown also in slow motion, the atmospheric effects become even more fascinating. However, and also apart from the fairly well known, and often heavily abused effects of objects and people flying out of the screen towards the public used mainly to create justly-called "cheap thrills", 3d in itself can be used to create a hyper-stereo effect on scenarios or wide shots, to the extent of being able to re-create the emotions one can experience such as fear of heights or vertigo, while giving a new and more stimulating aspect to the Cinematography of location shots  –  that of depth. 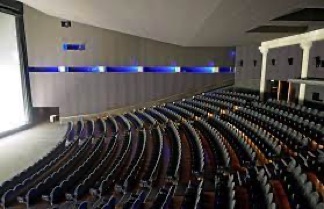 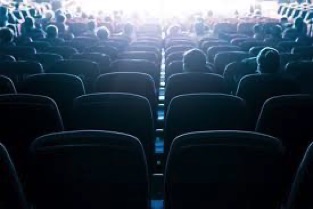 The Cinema Arcadia in Melzo, Italy 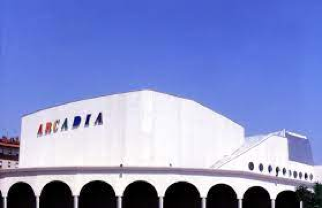 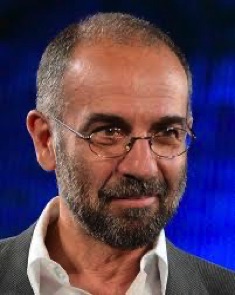 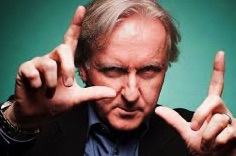 TO LANGUAGE OF 3D

I’m not joking, as I was once standing on the backlot of Cinecittà Studios in Rome in the small and shaky confines of a two person so-called "cherry picker", some 40 meters above ground with director Giuseppe Tornatore - he wanted to evaluate with his director's viewfinder what a shot from a mini helicopter would look like on an extravagantly high set that had been built there for a commercial (and conventions and events). I told him that I suffered from heights, and he turned to me and said   “Just think that you’re watching a film, and then you won’t suffer”. His advice worked then (well, to an extent!), but I laughed to myself when I saw Avatar in Italy’s best Cinema (the Arcadia in Melzo, near Milan, with it’s 30 meter wide screen and bright 3d projection) I suffered that same sensation of the tingling in my feet that I normally suffer from fear of heights, yet, there I was in the centre of the 8th. row in a Cinema watching a film!

In a stimulating test I made some time ago with another Italian director, unfortunately no longer with us, he mentioned that the film he was about to shoot would be shot in very few locations - basically, almost all in a single room. He asked me if we could make the public feel as if they were in the same room as the actors if we were to use 3d. I suggested putting the cameras fairly low and tilted slightly up with wide angle lensing in such a way as to show us the floor of the set with, as much as possible, the same perspective as that of most theatres, while keeping the sides fairly empty and dark so as to make the projection “window” all but disappear. He was pleasantly surprised by the results after some tests that we shot to prove the point.

OK, you might be asking yourselves by now “What on Earth has 3d got to do with Jodhaa Akbar”, especially since, those of you that may have seen it, know that it was actually a 2d film.

A Dervishs’ Song from the Movie Jodhaa Akbar

Well, the point about Jodhaa Akbar is that I was watching the film in a Multiplex in Juhu the day after the afore-mentioned 3d demonstration at Land’s End in Mumbai, and precisely at more or less the center point of the Film, where, as often happens in mainstream Hindi films, there was a marvelous song and dance scene with thousands of extras dancing to a lively soundtrack, in this case all dressed with beautiful costumes and shot with exceptional Cinematography. I remember visually the large drums close to camera and the multitudes of brilliantly choreographed and very colorful dancers - all of a sudden I felt goose pimples and a tremble ran down my spine, as I realized that I was looking at the scene and imagining how it would appear if I could have seen it in 3d instead of 2d in that specific moment. In 3d, I could almost have been in the middle of it, I mused.

I guess we tend to forget that in the real world we only perceive 3d in distances not beyond about 50 metres except in particular circumstances; however, I am conscious that reality is one thing, while film entertainment and story-telling is certainly another, and directors use set design, color grading, lighting, cinematography and editing orchestrally to create stories that are perceived by the public in their complexities as an emotional "Theatrical Experience".

In my opinion 3d offers a new added palette of opportunities above and together with all of the previously known and used ones, thereby allowing us to innovate the language of cinema for the ever-evolving, and, not surprisingly, ever more demanding public. Jodhaa Akbar's musical break was a very emotional scene and I could see that the public in the cinema were completely involved, enraptured and concentrated on it, as I looked from time to time to judge their reactions too, but the emotions ran wilder still in me as I imagined each one of those thousands of extras and dancers and drummers more as moving sculptures than as flat images; indeed moving sculptures of which I could almost feel the vibes physically (yes, matching surround sound amplifies the effect too); in essence, something I could almost touch rather than just watch, and something that, not surprisingly, also made me feel much more drawn into the story.

Similar thoughts and sensations ran through my head when I saw, round about the same time, some excerpts from 'Mystic India', another beautifully photographed film that I could imagine to have been absolutely exceptional had it been shot in 3d, and a film where the cinematography in 65mm must have been conceived to give the sensation of more depth or three dimensionality in the first place  –  one of the many examples where we can see how cinematographers strive to make films look as three dimensional as they can on a flat screen, and something which is now, with the advent of 3d, ever closer to their grasp in a novel way, and which will also implies a new language to be developed for using it all efficiently for story-telling. The sensation of a third dimension is something that I feel in the highly immersive experience of seeing a giant screen format film, even in 2d, and, I believe, this points to the fact that 3d really needs big screens to make an emotional impact.

When done well 3d can increase the emotional involvement and enhance the entertainment experience, and we certainly get to see more detail in the acting when it is used natively.

In fact, in 3d acting becomes much more important to the performance of the actors or actresses, as in theatrical plays, because we can now see a powerful new aesthetic and perceive much more of the real performance with the addition of the third dimension, and not just because we can see the volume of veins pulsing on the actors' necks and faces.

3d pioneer James Cameron spoke at the 2011 IBC convention in Amsterdam about the use of 3d for films. According to him, 3d lends itself to all film projects. He said that there is no single genre that is more or less suitable for 3d, although many people are convinced otherwise. His argument is that 3d has more to offer in terms of added value to low budget films than the kind of spectacular visual effects films with huge budgets like his Avatar franchise.

Personally, I'm inclined to agree with him. My recent experiences of shooting and post-production in 3d allow me to say that, if well prepared, it doesn't necessarily take any more time to shoot than 2d and that, with today's constantly evolving technologies, it can be done with a fairly insignificant increase in cost over traditional 2d shooting and post.

Unfortunately, 3d has also suffered from dark and ineffective projections in many cinemas around the world, understandably leading to a decline in audience interest, with the notable exception of China where most cinemas are new and better equipped technically. Indeed, audiences rightly wonder why they are not seeing the added value they are paying for in the Western world, and some cinemas are very guilty of creating the exact opposite of added value. I could just call it subtracted value, and it is generally caused by combinations of small screens, bad glasses, dim and misaligned projections, etc.

However, all is not lost, as new and much brighter laser light source projection technologies are being developed for cinemas, and will no doubt turn this sad state of affairs around within the next couple of years, or cinemas will increasingly lose their audience to brighter, bigger and more pristine displays in the home.

So, the future will indeed look brighter for 3D projection in cinemas, and that's not just a pun, and I can't wait for it to happen! I love the added palette it offers! I'd love to make more!

Well, yes, I wrote this before the Covid outbreak. Cinemas are gradually starting to reopen as I write in May 2022, and I could imagine that the new episodes that James Cameron has shot in 3d for the continuation of the Avatar franchise could reignite 3d in cinemas again. The man is something of a living reference point for 3d, and I thank him for continuously raising the benchmark!! I hope that 2022 onwards will prove to be what the Italians call a "Ritorno di Fiamma", or falling back in Love with 3d!! 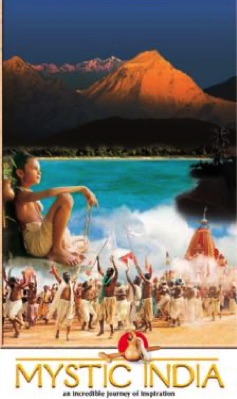