Thanks to RAI Cinema & Martinelli Film for the stills 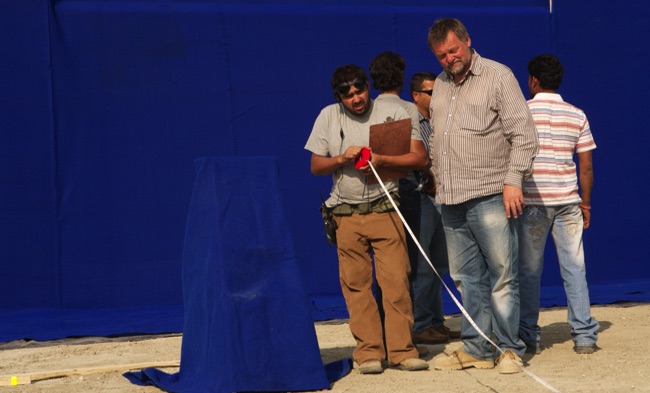 A LIGHT, PERSONALISED LOOK AT BLUE AND GREEN SCREENS.

We didn't have the comfort of Motion Control for moving the camera, but the genius chief grip Luigi Rocchietti using a Black and Decker drill and a large elastic band, made a makeshift "hot head or repetitive pan" that governed the wheels of the old Arri style head to satisfy the director's desire to have camera movement on the scene.

This photograph shows me and Francesca Rotondo working on solving the problem with Luigi's help. We were looked on as being mad to start with, when I suggested this. 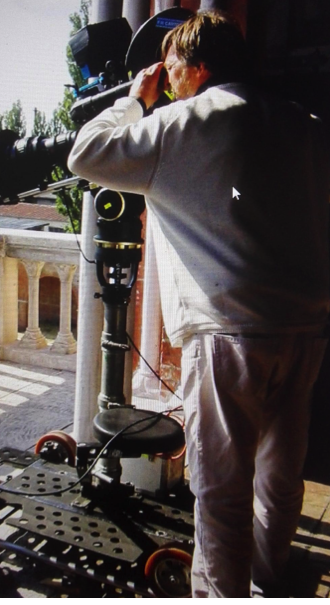 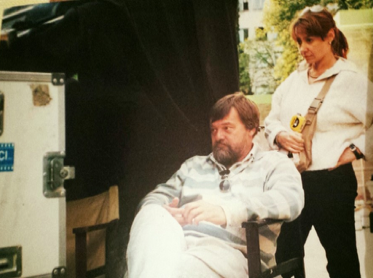 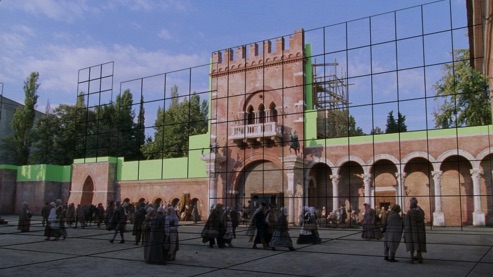 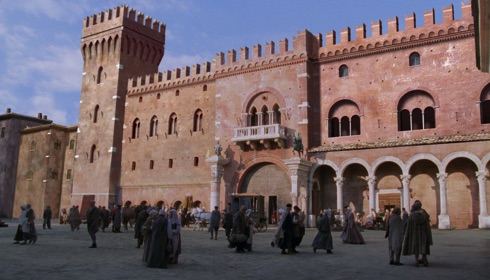